Three in four voters (73 percent) believe that NAFTA should be updated to better protect and value U.S. inventions and creativity, according to a poll released today by ACTION for Trade, a coalition of trade associations, technology companies, and creative organizations. 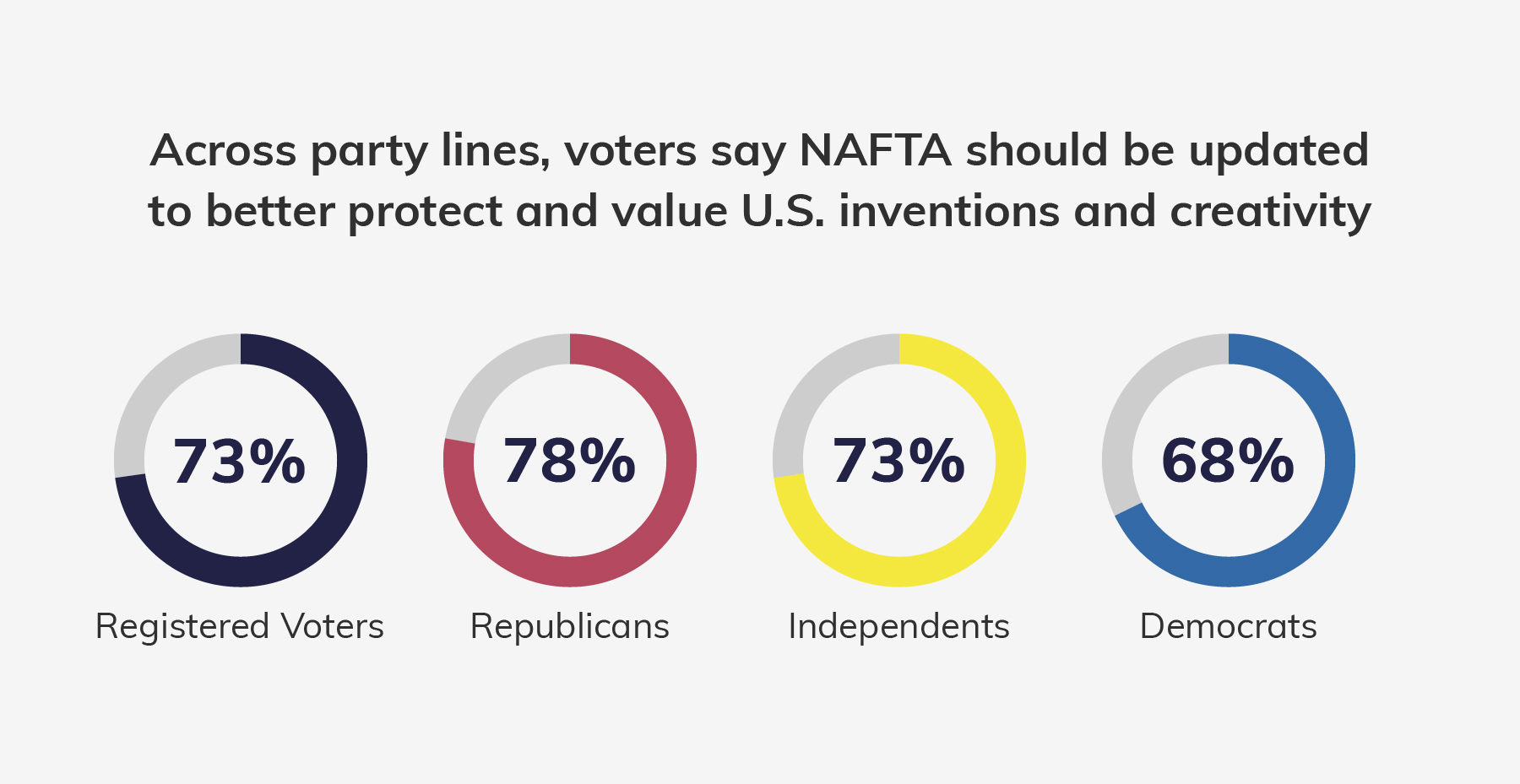 The poll comes as trade negotiators from the United States, Canada, and Mexico are meeting in Montréal through January 29 for the sixth round of talks about renegotiating the terms of NAFTA. “Both Canada and Mexico have real issues with how they protect innovators’ and creators’ work,” said Brian Pomper, executive director of ACTION for Trade. “The latest round of NAFTA negotiations presents an opportunity to improve the agreement’s protections for intellectual property.”

The nationwide survey, conducted by Morning Consult, surveyed 1,986 registered voters from January 11-14, 2018. Results from the full survey have a margin of error of +/- 2%. Among its findings: 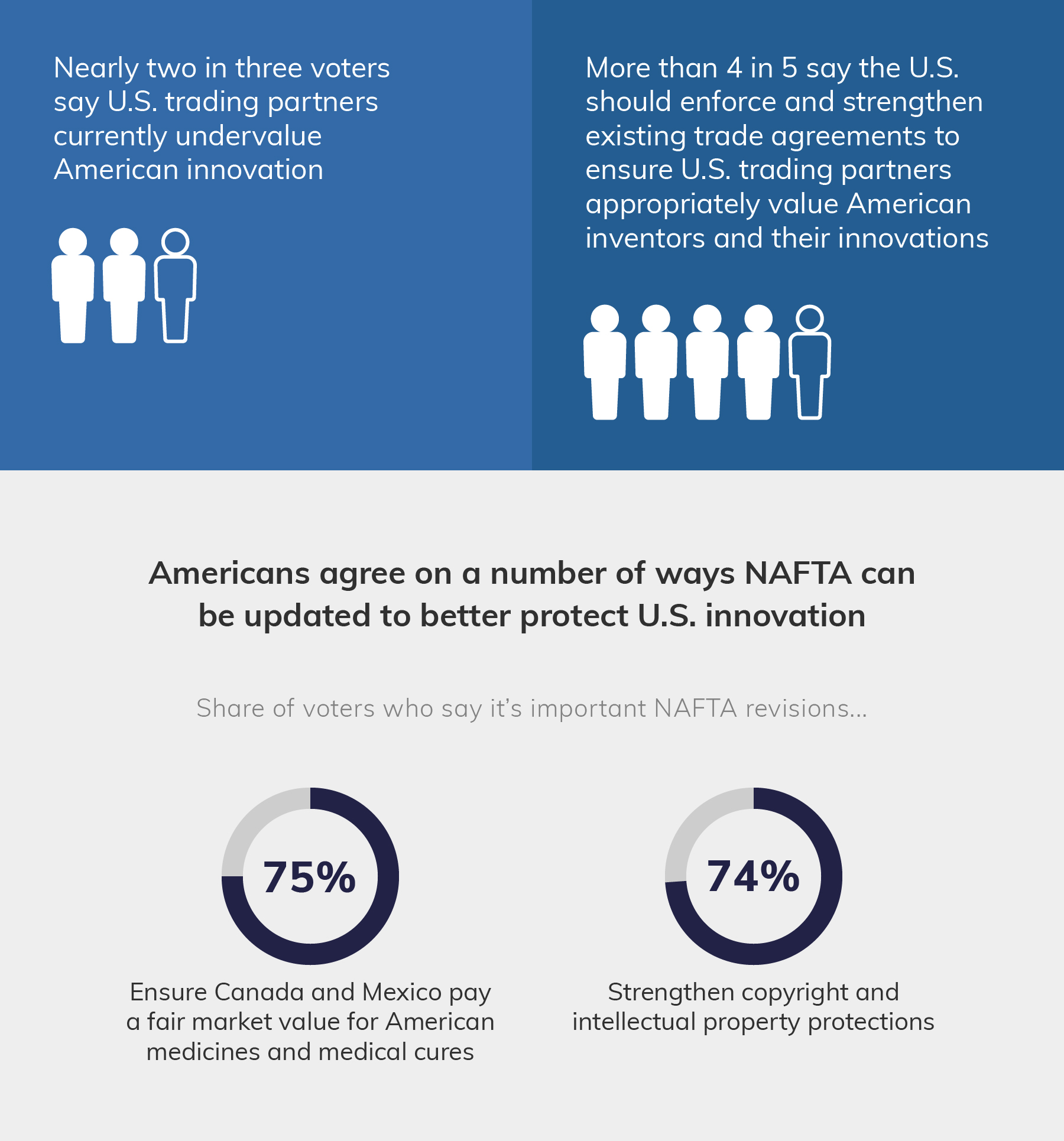 Nearly nine in 10 Americans (86 percent) say that continued innovation is important to ensuring the United States stays competitive in the global economy.

Nine in 10 Americans agree that American-made innovation and creativity are important to job creation (91 percent), economic growth (91 percent), and the development of new medicines and treatments (89 percent). 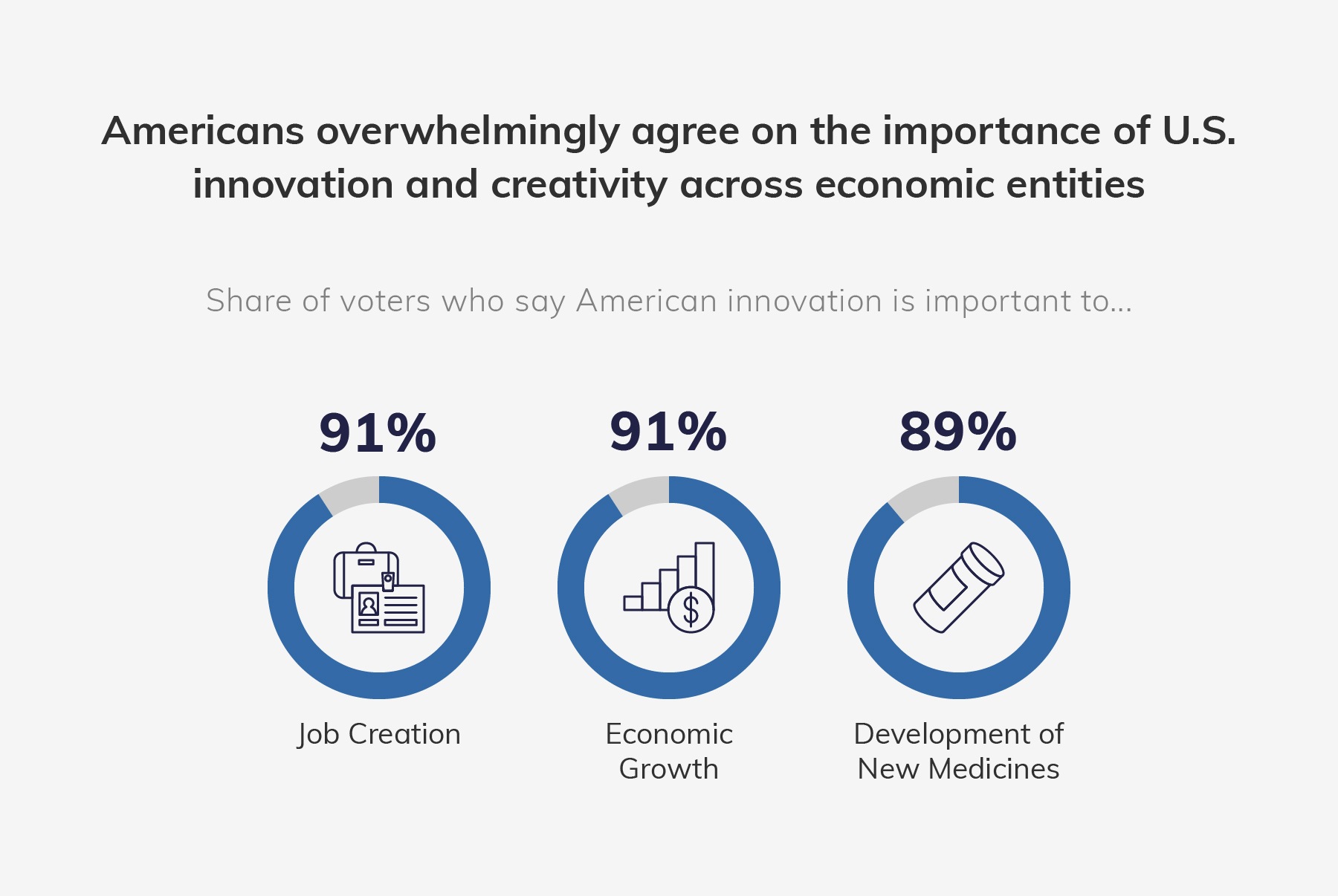 “As this new poll makes clear, Americans recognize the value of IP and want to protect it,” said Pomper. “Our nation’s leaders should hear their voices — and take action to address their concerns in Montréal this week.”